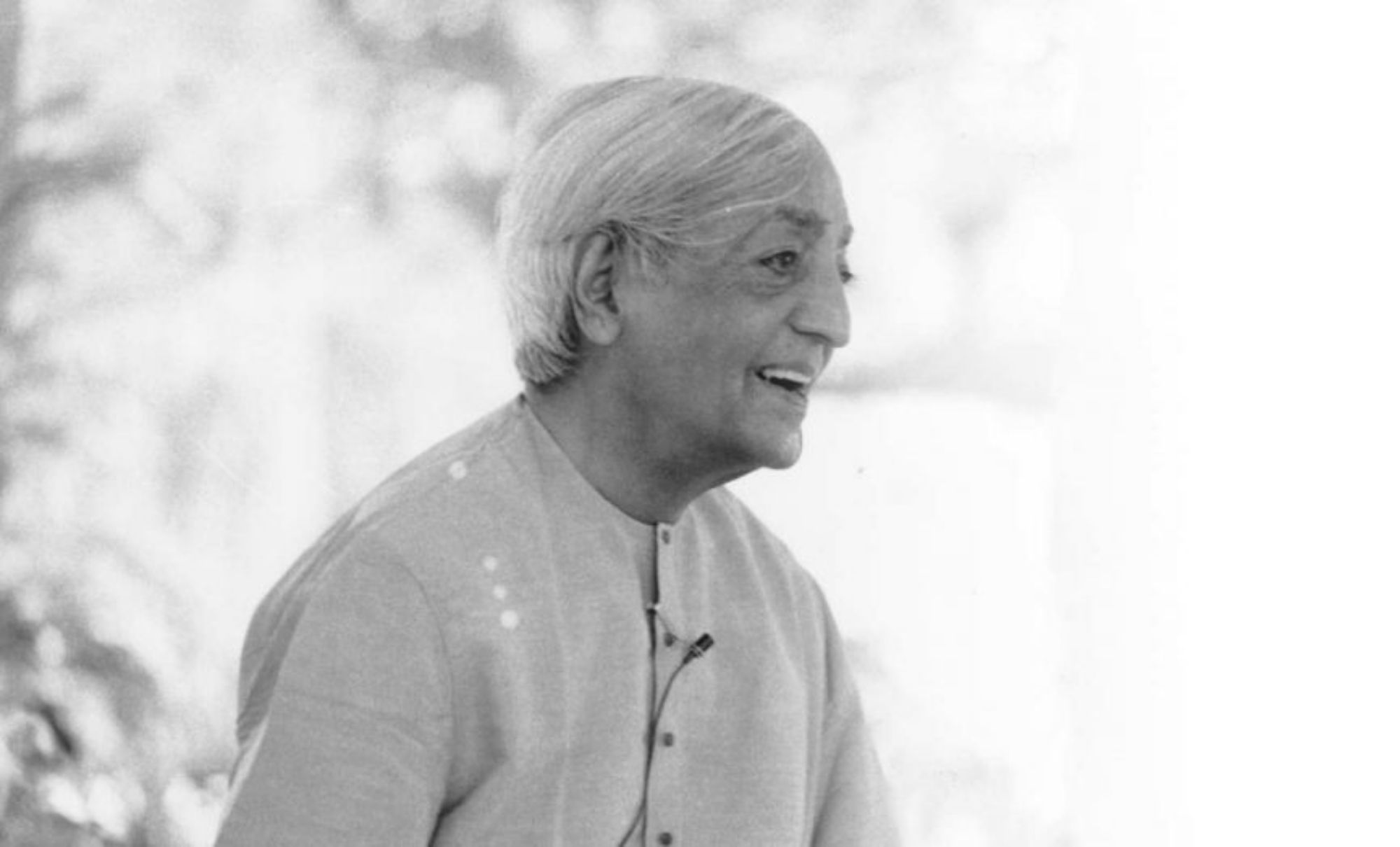 💡
Verbal communication has become extremely tricky; when one identifies oneself with Krishnamurti, which is taking place very often and unwittingly, one can easily react to what is being said on this page. Without self-awareness and total freedom from any attachment, verbal communication is a constant trap.
What is being said here is from the direct perception that is free from the distortion from thoughts, it is not for "agreeing" or "disagreeing", but to connect anyone who is living in truth – perceiving and acting.

If one has heard talks from Jiddu Krishnamurti, one would probably notice that Cico's talk bears a great deal of resemblance to Krishnamurti's. Yes, it is, not only similar but also the same.

According to Cico, "it is precisely the same in terms of the essence". Cico says, "Krishnamurti and Cico are one, not through identification in thoughts– the deceptive trick that perpetuates the self, but via living in truth – acting.

💡
Identification is a very subtle mental process, which needs tremendous observation; the conditioned mind is actually out of numerous identification with thoughts. If one merely listens to K's speech, this identification can take place very easily, with that identification, the mind cannot go beyond words, because the mind is depending on K's words, referring to K's words, and depending and identifying is closely related. Truth is living and it is beyond any description, what is described is much much less than what is not; when the mind cannot be free of any attachment including the attachment to words, it is being deceived by identification.
Oneness is totally different from identification, though they seem to be similar outwardly. Oneness comes from total freedom from attachment, the mind stands alone, it perceives and acts. K and Cico are one, which means that they share the same mental processes which are the truth of living, the verbal expressions they use can be different, but they mean exactly the same, which points to the beauty of truth, the beauty of living – beyond any words.
Identification is an egocentric thought process; identification also implies defence, exclusion, which brings about tribalism, which can be easily hidden by individualism, but actually, tribalism and individualism are compatible with each other; in the individualistic world, tribalism abounds.
The relation between master and disciple implies this hidden identification, which is not oneness; in oneness, there is no such relation.
Before Krishnamurti passed away, he clearly pointed out that none of the people around him understands him. This indeed disturbed a lot of people, but he has to make this explicit to protect the teachings: in identification with K, the mind ceases to inquire and understand, and such a mind cannot understand what are the teachings.

Although K and Cico don't meet in chronological time (K passed away in Feb 1986, and Cico was born in March 1986), their life is rather similar in terms of the essence, not the content, of course. Both of their life include the clash between the eastern and western reality, K grew up in India, and Cico grew up in China and they both live in the western world. This life experience brings an awful lot to observe and understand, so they could stand alone beyond any realities, or else "the mind would be extremely confused at the absurd things humans across the world have made" says Cico.

Observe, learn, inquire and apply the insight to living, so that living embodies truth, not treating truth as an idea. In other words, the truth can only be sustained by living. This direct perception does need any system of practice or authority, instead, it only needs a mind that can stand alone, never conform or imitate – a mind that can free itself of all kinds of influences from words, symbols, images and all the rest of it. Such a mind is alive, sensitive and silent with all the senses awakened.

"Such a sensitive mind is absolutely essential, but its life is challenging in this extremely ugly and violent world that demands conformity and obedience", says Cico, "but there is no conflict whatsoever inwardly; or else a conforming and initiating spirit only generates endless miseries and sufferings inwardly, rendering life meaningless."

"Cico admires K, and for Cico, this admiration is to carry on the teaching to convey this quality of mind to more people", says Cico, "to facilitate awakening human beings in this age of the internet, where the consciousness has become extremely fragmented."

The teachings embody compassion, which is existing, not "have existed" or "will exist", so is living.

When one only listens to what is being said by Krishnamurti or whoever it is, one won't understand what are the teachings, because one merely focuses on the utility of what is said, not paying attention to the teachings themselves.

One may find it helpful and useful to listen to the content, and one may even be motivated to spread those words for their utility, but without understanding what are the teachings, the very doing so is still a form of being a missionary (there is no judgment whether it is right or wrong, good or bad); interestingly, when one really understands the teachings, one won't do the missionary thing, because one can do the teachings in one's way.

💡
This "contradiction" mentioned above reflects the challenge of transformation: unless one sheerly acts, one could not imagine what one has not actually experienced; when one actually experienced it, one does not need to imagine anymore – the very acting is living, where the self is totally absent.

💡
Here only discriminations are made without any judgment to say it is right or wrong, good or bad; the mind must be peaceful and subtle to get this message by observing its reactions.

When one actually does the teachings, one will find out that the teachings do not only include the content – what is said, which is a tiny part compared to what is not said but also contain the creative process of teaching – creating the content, and this creative process is compassion, the energy gathered to convey such a quality of mind – staying unknown.

Without the creative process, what is said is like water that loses its sources; the energy, the vitality is gone; like K's teachings, after K has passed away, the creative process of teaching passes away; K's compassion is no longer existing; K's gossip and stories become the content of many people's consciousness, but taking care of the teachings is a different matter, which must be done a mind that living in the unknown.

With the video technology, the content of K's teachings have been preserved, and people can watch the playback, but are the teachings preserved through video? This question borders on "What is the difference between video and actuality?" Living in the internet age, the mind is so confused, and to clear the confusion, this question must be answered via serious self-inquiry.

Compassion is something existing, not have existed or will exist, so is living; obviously, video is only for "having existed", though most of the videos nowadays are heavily edited to trick people's minds, which point to the non-existence. Obviously, videos cannot preserve the teaching anyhow; the content can be recorded, but not this living quality – compassion, obviously.

To keep the teaching complete is to live the teaching, so compassion is existing, not have existed or will exist; and with live video technology, the teachings can convey the quality of mind to people all over the world; but still, the technology is auxiliary, the living quality really matters.